Season of mists and mellow fruitfulness.... 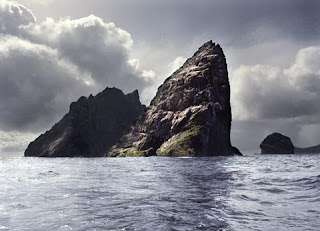 The new season of Footless Crow articles begins shortly,with some exclusive unpublished works from writers such as David Craig, John Redhead and Ken Smith. Check out Welsh  film-maker Alun Hughes who writes about sea kayaking and climbing on the 'edge of the world'. The haunting remote islands of St Kilda which sadly, has seen aspects of its social and cultural identity,its unique ecology and the island's natural beauty somewhat despoiled  by an insensitive military presence.

Kicking off proceedings-John Appleby writes about Cornwall and it's Pagan roots which, despite the best efforts of the Christian church,continues to thrive and flourish amongst the foxglove studded green lanes,secret springs and granite tors where the white hare runs.
Posted by Footless Crow at 14:38