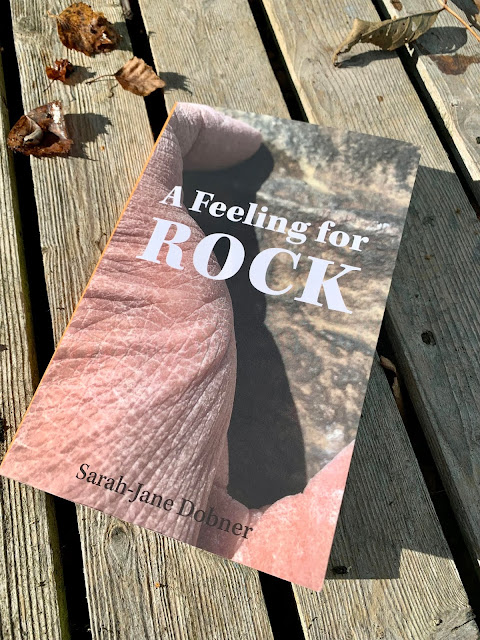 Sarah-Jane Dobner's ,A Feeling for Rock, is in many ways, a tricky little book to review. It's not a Bio/Autobiography, technical guide, travelogue or philosophical treatise on the subject of climbing rock. It's a scrap book - in paperback form- recounting experiences in the field, sprinkled with poetry, polemical essays, cartoons and contributions from friends who offer their thoughts on what climbing means to them. I was going to describe it as something of a smorgasbord of writing but flipping to the rear cover upon finishing the book, I see that Natalie Berry of UKC got in first with that description so lets plunder Hemingway and call it a moveable feast. A book that weaves this way and that without following a discernable path.

The author writes from the perspective of feminist and politically aware observer. Offering strong opinions on issues within the climbing game but never falling into the pit of zealotry. In an early essay she contemplates which activity she prefers, Sex or Climbing? A subject first broached by Geoffrey Winthrop Young I believe!  Which to choose? After all these years I'm still not sure. I figured I might plump for climbing if push came to shove. In another essay she contemplates the patriarchal structure which has always held the activity in a vice like grip. Shaped and controlled by men and where women were until fairly recently only grudgingly accepted by the climbing establishment. After all, many of our established climbing clubs operated like London gentlemen's clubs until relatively recently. I believe I am correct in stating that Ken Wilson was a key figure in pushing for female emancipation within the Climber's Club for example.

However, that historical stain on climbing history aside, the author does take a detour occasionally into 'Right On City, Arizona'! In 'the decolonisation of climbing which is part of a wider essay, The Perfect Line, Sarah-Jane offers the suggestion that when it comes to naming and claiming routes in developing countries, then it should perhaps be left to the indigenous communities to name these routes. Why not leave marked up topos with,say, the village elders, the school, the local women's cooperative and ask them to name the lines?' I sense a flaw in this suggestion. First off, climbing is essentially an activity carried out by comparatively wealthy westerners. For the majority of people in the developing world, climbing must be seen a pretty silly and pointless activity. Enjoying a passion for climbing is a luxury that even in the UK, only those with money can afford. For many people, flying off to the Alps or Spain for a few days climbing or buying a new pair of rock boots for £130 is not an option when you are living on benefits and struggling to survive. Taken to the next level, in a place like say Mali, then if you are having to walk ten miles a day to collect water or firewood then perhaps the honour of naming a westerners' rock climb will not fill your bosom with pride! 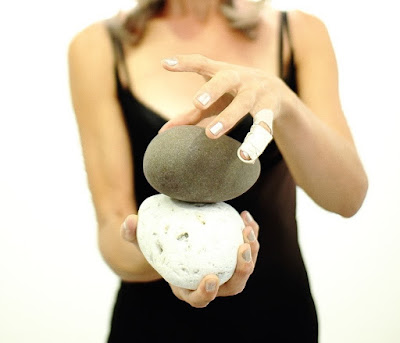 
Taken as a rule, I don't think that the naming and claiming of new routes is an issue or has to be controversial. But that's just to pick out one of around sixty short pieces in the book. The majority of which veer from practical technical advice to poetry which escapes the damning critique of being described as 'interesting' by virtue of their undoubted quality. In fact, its nice to see poetry within a climbing work as since the decline of the paper media when climbing writers like David Craig and Terry Gifford were not afraid to strut their stuff in the mags and journals from 40 years ago, climbing poetry has receded into the less visited world of personal blogs these days it seems.

While there is no doubt that the author is passionate about her subject matter and offers strong opinions laced with humour, she nevertheless remains on the right side of the divide between the climbing enthusiast and the climbing fanatic. The latter being somewhat trapped in a world of punishing training schedules, strict dietary regimes and an obsession with achievement. Rather than just enjoying the ride as the author clearly does. 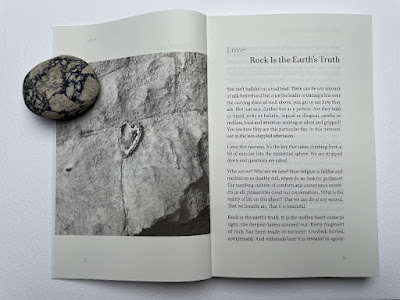 So....overall a scrap book of thoughts, feelings, memories and advice which was pretty unique in its way. There have been similar collections of writings published in the past. Such as Jim Perrin's climbing articles lifted from magazine and club journals, but A Feeling for Rock is nothing like works like this through its range of subject matter. I've no doubt that the book will not be to everyone's taste. Certainly for those who like their climbing literature to be structured in a style which they are used to, the book might seem discordant and a bit too edgy for their liking. Certainly the pieces don't follow a clear trajectory in the way they are set out. There is almost a nervous energy here which usually works but occasionally, like a hex dropped from the top pitch of a climb, the piece ricochets down. Glancing off rocks until you lose sight of it in the undergrowth. But then, who asked for perfection in a climbing book. Its a personal odyssey which will always mean more to the writer than reader. The pleasure for the reader is when there is a meeting of minds and emotions with the author and many of these pieces will I'm certain, chime with the reader.