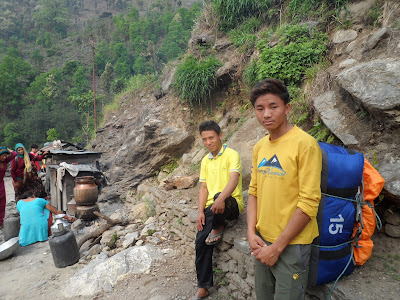 In the world of travel, people watching is one thing we all invariably do, even if it’s a subconscious activity. This is particularly true when moving from one airport or railway station to another and subjected to the inevitable delays, which occur sometimes at the most inconvenient times. Mannerisms, dress, appearance and behaviour are all indications to a person’s walk in life and when boredom sets in on long stop over, anything can help pass the time.

What makes people watching an art form is doing it in far flung places where delays of two or even three days occur from time to time. Three days at Lukla airstrip in Nepal for example - waiting in the hope of a break in the weather will be a never to be forgotten experience. Heavy cloud often blanks the ridge which aircraft have to fly over to reach the tiny sloping airstrip perched high above the deep valley. Even today the aircraft carry few navigational aids so the pilots need good visibility to clear the high col beneath the heavy afternoon cloud. Cows nonchalantly move across the runway whilst children play football around the unloading area. Occasionally there is talk and rumour amongst fellow watchers of a flight arriving and a temporary distraction takes over. Shaded eyes are drawn towards the col, squinting, trying to glimpse the insect like aircraft silhouetted against the sky, whilst hand cupped ears strain to hear the drone of aero engines drifting across the Himalayan foothills.

A klaxon sounds announcing the imminent arrival of an aircraft and a change from the sleepy atmosphere. Dust clouds are raised, the noise and clatter of the Twin Otter or helicopter creates a hive of activity. Aircraft bellies are opened and supplies manhandled to be replaced by cargo for the return to Kathmandu whilst passengers hastily gather for the 30/40 minute flight back into the outside world. We are crammed in the fuselage between cargo on canvas seats and a tiny perspex window offers fleeting glimpses of the world below. The strobe effect of the helicopter blades contrast sharply with the patchwork of the fields below where farmers can be seen, ant like figures labouring to produce crops which are so important to Nepal. Interconnecting paths and tracks across the Himalayan foothills where convoys of porters do the work of trucks and lorries of mechanised nations. Every day of the year these “Himalayan juggernauts” carry vast tonnage from one place to another. Many of the porters are women and children as young as 12 or 14, their loads carried in a whicker basket (Doko) supported by a headband and a crooked stick on which the loads are balanced when rests are taken. 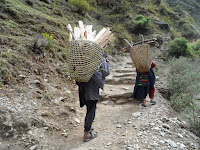 Awkward loads of wood and timber required for building projects are simply tied together in bundles, padded for the back and the weight taken by a simple headband across the forehead. Lukla is a focal point for porters, traders and westerners alike, situated 5 or 6 days walk from Jiri, the road head from Kathmandu and 2 days below Namche Barzaar high in the Khumbu Valley. With the advantage of the airstrip, Lukla is a busy place, particularly when mountaineering and trekking expeditions are in the area. and people watching assumes an important passion necessary to pass the time that hangs heavy when far from home at the end of a trip. The endless stream of people steadily shifting from one place to another. Happy faces, smiling faces, even serious faces will have a story to tell, perhaps more interesting than the stories on western faces at a big international airport.

Smooth, clean cut young men fast talking on their mobiles - rushing - moving - making deals - here - there - no time to spare, very different from kaftan clothed hippies, lounging, looking serene and all the time to spare. Who is right? Young girls fresh from school on their way home - chatter - gossip excitedly, talk of plans for the weekend. Boys of the same age group - talking, greeting in the mono syllables of boy speak, indiscernible, certainly to their parents and understood only to boys of a certain age. Back home, people watching on the London tube, I am reminded of the time when I met a young Sherpa boy just above Thyangboche monastery. It was a few years ago on a winters afternoon, about one hour before dark. He was about 13 or 14 years old and a novice monk studying in Kathmandu on his way home for holidays. He had travelled one day by bus to Jiri and walked a further 5 or 6 days to Thyangboche . He was excited because later that night he would reach Periche, his home a further 5 or 6 hours walk and the first meeting with his parents for 6 months. He was also very proud that day because he was looking after his three young brothers for the first time. 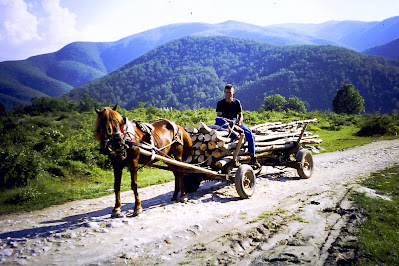 Here was a story indeed - volunteered from a bright cheery face and delivered with the confidence and freshness of youth. Perhaps all those other people I’ve watched in faraway places have similar stories to tell - perhaps however some of the stories are better, not for the telling, but for the imagining! Again in the hills of Nepal I’ve encountered such people as LP (Lakpa Sherpa) and Ang Chuldim both Sherpa hill people and both Sirdars (climbing leader/guides). Their dedication and leadership towards -group members are remarkable. Both have had a limited education, only four or five years at best yet LP is able to communicate in several languages. Both have remarkable intelligence and understandably neither want their children to follow in their footsteps and become Sirdars or farmers.

They want their children to follow further education and take well paid jobs in the city. If this is common throughout Nepal, and I suspect it is, who will be the farmers of the future and produce the crops to sustain life in these developing countries. Aid for educating the young is necessary for the future of these countries but that could lead to fewer farmers, particularly in a country like Nepal where aid is vital to encourage the young to continue the good work of their forefathers. Anyone who has seen the squalor and pollution of Kathmandu will soon realise that life in the country is much healthier, but is it? Again, I am reminded of the time when I met a young boy by the side of the trail in the Hinku valley. He was 6 or 7 years old with a badly gashed and infected wound on his hand.

We cleaned and sterilized the wound as best we could but I gave little hope for the boy’s full recovery and he would probably suffer permanently from such a wound. What did the future hold for him? How would he cope with a manual job in the fields and with no school he had a bleak future, or perhaps little future at all. Yet once the wound was dressed he wanted nothing more than a cheap biro. He was right handed and only when we gave him the biro did sadness cross his face, with the dressing and injury, he couldn’t hold the cheap plastic biro which a few seconds earlier had created so much joy to his face. We move on in our own world and contact with others all too brief.

In our western world we are often islands within a seething human sea - isolated, separate identities within the human race. We travel on planes, boats, trains, buses and cars - occasionally we may even walk a little. We may observe our fellow travellers but little do we speak. May be its only those on the pathways and trails of the mountains that we speak to our fellow travellers. A nod, wink or even a word, however brief, its at least an acknowledgement to our fellows that we see them and wish them well. Once in the mountains and hills though, life is very different. A range of greetings throughout the world - Good Morning, Guten Tag, Bonjour - Hi there, Namaste! Most greetings are well known, probably learnt in school or on childhood holidays abroad.

The last however, is the traditional greeting of the hill people of Nepal and should be used with a slight bowing of the head and clasped hands. People watch., people meeting. Take time to observe your fellow travellers and speak - only then will you get some stories like mine to relate to your friends 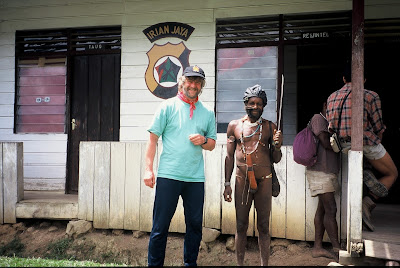 We sit in our Doctors and Dentist’s waiting rooms; reading and re-reading notices and leaflets scattered around, anything to avoid eye contact and conversation with our fellow ‘waiters’.

All images supplied by the author.