Himalayan peaks to be designated as conservation zones 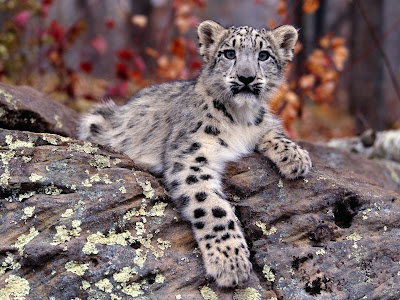 KATHMANDU: The Nepalese government will soon declare two of the mountains Phulchowki and Chandragiri in the mountain-rim circling Kathmandu Valley — as conservation areas. The declaration will Coincide with the International Year of the Mountains in 2012 when the government will make a formal declaration, according to Dr. Uday Raj Sharma, Joint Secretary at the Ministry of Forest and Soil Conservation. “We are doing the necessary homework before we make our decision public.” He said the government is designing a project for sustainable developmentand conservation in the two mountain areas that would be implemented after the formal declaration of the two new conservation areas is made.

The government has sought funds from the European Union, according to Ministry officials. “We believe that the EU Headquarters in Brussels would give the project top priority,” Sharma said. However, the finance ministry revealed that it had not as yet approached the EU office. Titled as the Phulchowki-Chandragiri Bio-diversity Conservation Area Project, the scheme is estimated to cost US$ 27 million. “One third of that money would be used for poverty reduction,” said Peter de Vere Moss, co-director at the Bagmati Integrated Watershed Management Programme under the Ministry of Forest and Soil Conservation.

“The project does not restrict the local population to live where they have been living, it will rather empower them with employment and provide environment security.” The two mountains have 40 Village Development Committees in Dhading, Kavre, Kathmandu, Lalitpur, and Makwanpur districts, with a population of around 150,000 people. Phulchowki and Chandragiri are two among the four mountains bordering Kathmandu Valley to the south. The remaining two are Shivapuri to the north and Nagarjuna to the west.

Designed for four years, the project also aims to promote tourism in the Kathmandu Valley, according to Moss. Phulchowki, according to Sharma, is being declared a conservation area keeping in view its rare butterflies and birds while Chandragiri will be conserved for its watershed reserves.“At the heart of such projects is sustainable mountain development. Moreover, such conservation areas will add to the greenery in Kathmandu Valley.”The idea to conserve the two mountains has to do with the preservation of the mid hills in the country, according to ministry officials.

“The mid hills are under represented from the conservation point of view,” said Sharma. “That is why we have identified the new sites.” Such conservation areas will also serve as links between the conserved areas in the Himalayan belt to the north and the conserved areas to the south, according to Ukesh Raj Bhuju, Programme Director at the World Wildlife Fund, Nepal Programme.
Posted by Footless Crow at 20:26