This Week: Ken Smith on the rise and fall of Deer Bield Buttress. 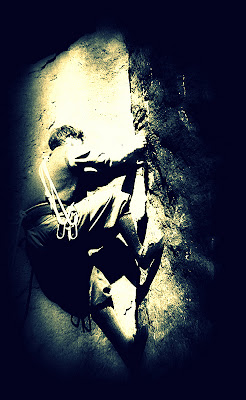 " It was during the summer of 1997 a huge rockfall sliced away the central Buttress of Bield Crag.
The collapse wiped out three climbs which over the generations perhaps reflected the pioneering ambitions to advance the standards of Lakeland climbing - all that remains of those routes-  (The Chimney, The Crack and The Buttress) now lie scattered down the hillside. A visit here, can be a nostalgic event, especially for those whose climbing heyday was in the seventies and who struggled to impose their limited talents, on this cliff'

This week,renowned climbing writer Ken Smith looks back on the heyday of one of Lakeland's backwater crags-Deer Bield Buttress-in an exclusive,
previously unpublished article.