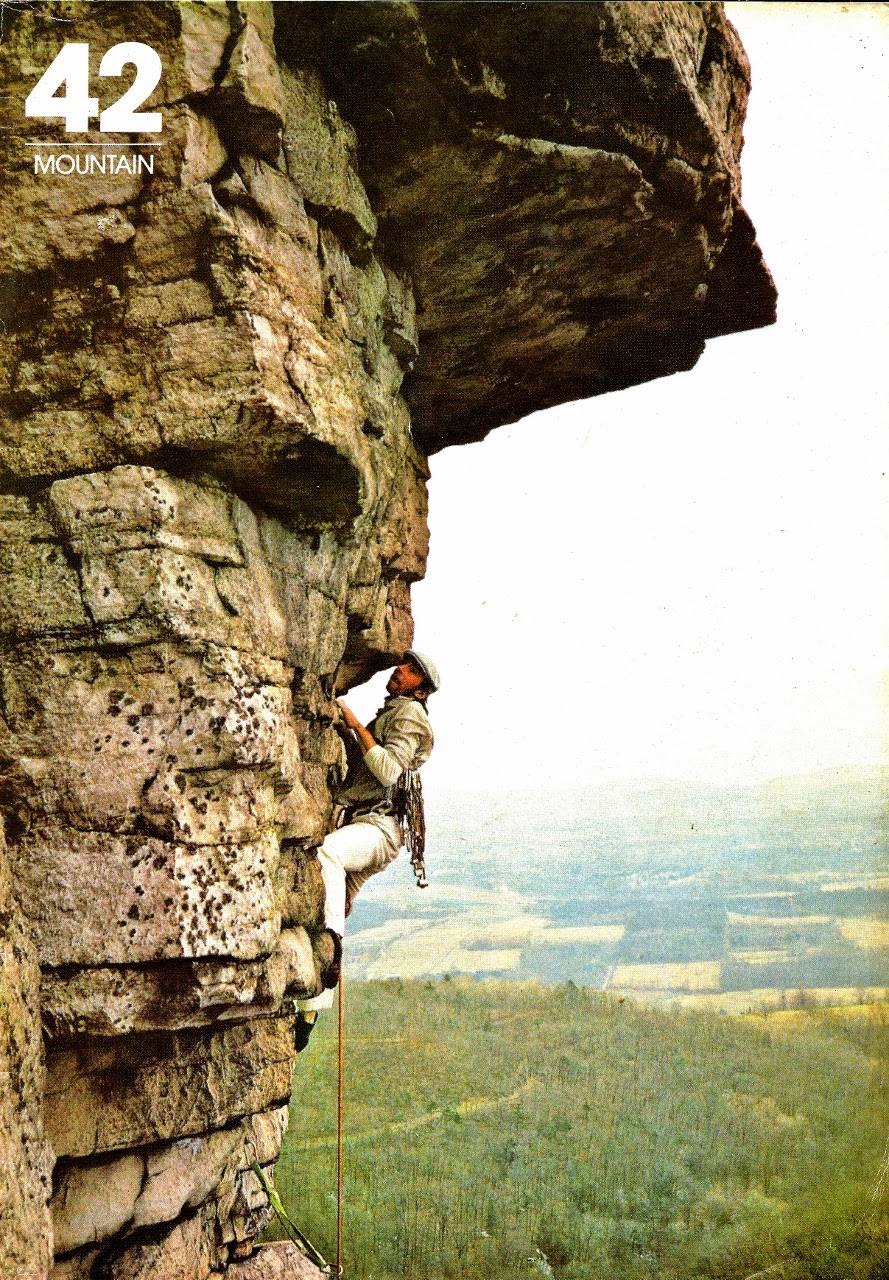 I first met Ken Wilson at the foot of Pontesbury Needle, at the very spot to which Drummond, like Icarus, fell. It seemed somehow prophetic. After ticking the crag, we adjourned to the pub for a few beers. Subsequently we argued vehemently for nearly three hours in an empty car park while a silvery moon threw eerie shadows across Nesscliffe. Ironically we were on the same side.

Mention the W word in climbing circles and it's likely you'll invite a peevish response, typically from those who have never even met him. He's a maniac, he's a fundamentalist, he's an iconoclast, he's visceral.  Well indeed he is all of these and more... so much more.

At heart I suspect Ken is a figure of the 1960s, that vast, sprawling decade which indiscriminately spewed out so much good and bad that history couldn't help but be changed irrevocably. Certainly he emerged from that time, this architecture student turned photographer of crags and climbers, this courtier to those who once were young kings.

In the first age where the medium could be the message, Wilson, with a single Promethean bound, transformed Mountain Craft into Mountain. It no longer mattered whether you lived in Southport or Seattle. With Mountain, you were plugged into a global network spanning continents and eras, outcrops, big walls and great ranges. If there had been a mission statement for Mountain, surely it would have read, 'mountains and men who matter'. Unashamed elitism from a didactic autocrat?

Well unsnap the ring binders and consider those first 60 or so issues from over 40 years ago and what do you find?  Classic, after classic, after classic. The great routes, the great personalities, the great debates. As Flaubert noted aptly, 'You don't make art through good intentions.' Good intentions, yes... but there must also be iron in the soul. And Wilson fashioned Mountain from a motherlode. 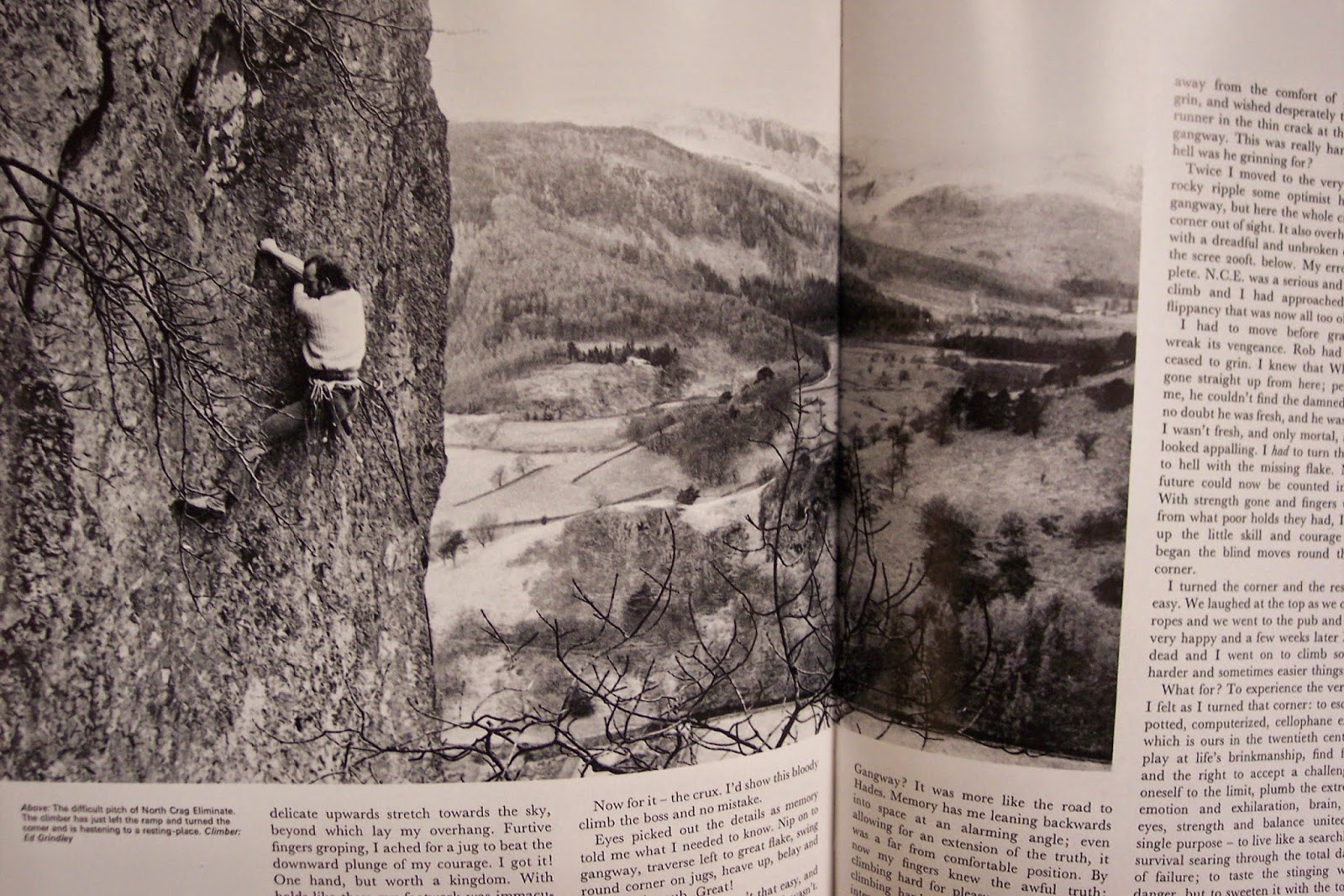 However much Mountain changed our lives, for Wilson it could never have been enough. I suspect that for Wilson there will never be enough, the next horizon remorselessly spurs him onward, he is perennially taunted by great ranges which he may never reach. The Black Cliff, which he co-authored with Jack Soper and Pete Crew, hinted at what was to come. Looking back, it seems remarkable that a whole book could have unashamedly been devoted to a single crag, Clogwyn Du’r Arddu, of significant interest only to climbers, and been prominently displayed in city centre bookshops. With Wilson's inspirational photographic sequence of Drummond running it out on Great Wall, modernism in climbing image triumphantly emerged from the swirling mists of the myth-enshrouded past.

A few years later, The Black Cliff's celebratory promise of word and image was fully realised when Hard Rock, the volume most likely to be found on any climber's bookshelf, appeared. At once a hymn to the visual, the visceral and the cerebral, it's 57 essays about major British routes gave us unforgettable images. Perrin's dalliance with Right Unconquerable was a paean of sensual pleasure, whereas Drummond's haunting refrain for Great Wall and its lonely progenitor rings forever in our ears. 'Lovely boy, Crew, arrow climber. Wall without end.'

Games Climbers Play, the classic anthology of mountain literature, came next. So many outstanding writers were represented that to single out any of them seems invidious. But again Perrin featured strongly and again Drummond's sporadic genius soared. Mirror Mirror, the great wall which so nearly proved his nemesis, is one of the most profound studies of  obsession ever written. It touched the essential sickness which inhabits many climbers' souls. And it depicted climbing as a fire which can purify, a rite of passage by which we may possibly be redeemed.

While Mirrors in The Cliffs, Classic Rock and Extreme Rock consolidated Games and Hard Rock, Wilson was already racing ahead with Diadem, his own publishing house. Again the mission statement might have read, 'mountains and men who matter'. Bonington, Boardman, Messner, Roskelley, Saunders, Scott, Shipton, Venables and many, many more formed a distinctive roll call of the illustrious.

Yet as essentially a one-man business, no matter how successful, Diadem was always vulnerable. Its assimilation into Hodder & Stoughton gave Wilson considerably enhanced publishing clout. Hodder Headline's subsequent rejection of mountaineering literature as a significant concern was the stuff of 1990s publishing drama. Within four days of his corporate chains snapping, Wilson had another publishing house, Bâton Wicks, up and running. His declared aim was, 'to publish the best in mountaineering literature'. Same message, different format. Again there were to be the great names, the great ranges, the great deeds. And again there were innovative writers such as Paul Pritchard and Dermot Somers. Whatever you may feel about Wilson, be in no doubt – he takes publishing risks. And we benefit.

No he won't. And nor should he. Because Ken, however much he may rant, is truly the Jonathan Swift of our time. That such an extraordinary creature should have emerged from the climbing world should be cause for celebration, not confusion.

When Ken sights along the line of truth, he has 20:20 vision. It's less easy for the rest of us, who tend to be misty-eyed with misgivings and, when we eventually manage to focus, often don't like what we see. Ken's devotion to the truth is unswerving.

When you stand back and try to add it all up, you find that Ken has given so much to mountaineering that it's well-nigh incalculable. Why does he do it?  Who knows? It's his belly and it's his rat. But for as long as we are content to live with the convenient popular caricature, we are blinding ourselves to a visionary in our midst. 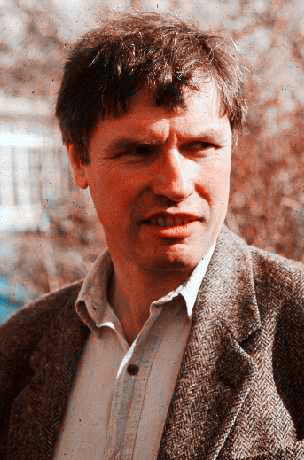 Life in the military during the 1960’s was full of ups and downs. Depending on how you looked at your lot in life-glass half empty or ... 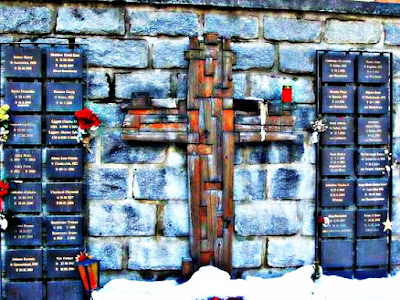