The times they are a changing. 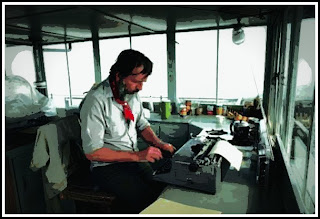 In the two years since Footless Crow crawled out of the ether; the site has consistently offered a new article each week from a
rock climbing, mountaineering or environmental perspective. The mixture of both republished and new articles has been relatively popular in terms of page visits, drawing a small but steadily growing audience.

I have been delighted to have received the support of many of the UK's best outdoor writers and photographers who have offered both new material and permission to republish their old articles in this new format.  Just over twelve months ago.I added a linked page To Hatch a Crow  which originally was intended to compliment the main site with news and reviews from the world of mountaineering and environmentalism.

Surprisingly perhaps,the Crow's fledgling site draws around three times as many visitors as the main site.Proving perhaps,that readers are more interested in a more consistently rolling agenda of new material than the more structured format of longer articles on Footless Crow. With this in mind, Footless Crow in future will now carry both articles and news and reviews which will be updated more regularly, with articles still carrying trailers but with shorter features complimenting the main material. I hope this revamp doesn't upset or put off the regular readers as it's intended to pep up the site and draw in new readers.

Not surprisingly for a UK site based in North Wales,the majority of those dropping in are from the UK but as many of a third of page visits are from the United States.With this in mind,US mountaineering news will compliment the UK stuff as it has on THAC.
To Hatch a Crow will now concentrate more on environmental news from around the world although news from wider world of mountain activities will still feature. Thanks for looking in and hope you like the new format.
Posted by Footless Crow at 10:14