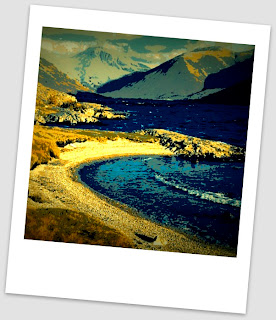 "You could never describe the north-face of  Great Gable as appealing. Standing at the head of Ennerdale and rising above Stony Cove to a height of 2,800ft it can be a gloomy place - often wet,  its deeply cut chimneys and untidy gullies are more in keeping with the exploits of the nailed-boot brigade. First impressions however, can be deceptive for set within this confusion of broken and vegetated buttresses lies Engineer's Slabs – the name Slab is  certainly a misnomer for this  is a imposing vertical wall, of clean ryolite, nearly 200ft in height. The Crag had been climbed in the past the early pioneers seeking out  the dark and damp recesses  of Central Gully, Engineer's and Smuggler's  Chimney, but  for whatever reason, this impressive up-thrust of rock was left in its isolation until the summer of 1934 when it was decided to investigate the Crag for the forthcoming  FRCC guide to Great Gable.'


This week,respected climbing writer Ken Smith profiles pre-war activist Graham Balcombe and descibes his pioneering ascent of Gnarly VS climb Engineers Slabs on Great Gable. A route which can still provide a stiff challenge for competant climbers today in less than perfect conditions.