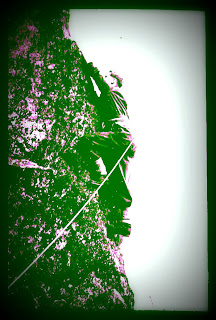 "On the late afternoon of Sunday, 31st of July, 1927, a party of four were preparing to climb 'Chantry Buttress' on the Napes. The route was considered relatively easy; graded very difficult and was certainly not a passage to over-tax their capabilities. The party was a strong one, led by Claud Deane Frankland, reputed at that time to be one of the leading climbers in the country. The other members were Mabel Barker, A. Wood-Johnson and Lawson Cook. They had been on the Napes most of the day. Frankland and Mabel Barker had climbed 'Eagles Corner' and they found an egg in 'Eagles Nest' — an interesting incident overshadowed by the tragic happening later that day.

They decided to rope up in two teams with Frankland leading the first rope. He climbed the first pitch and brought up A. Wood-Johnson, who was his second. Frankland was commenting about their successful traverse of the Cuillin Ridge a year earlier — these remarks were his last! The leader then negotiated the slab and moved up the steep crack. Suddenly and without warning Frankland fell, his body turning a half somersault on its downward plunge. Wood-Johnson took in some slack damaging his hands in the process, but he was unable to stop Frankland's fall as he hit a rib of rock about 40 feet below. Lawson Cook rushed forward in an attempt to prevent further movement and injury, but it was to no avail, Frankland died twenty minutes later with severe head injuries and without recovering consciousness.

How was it possible for a climber of Frankland's ability and wide margin of safety to perish on such an innocuous route ? From eye witness reports it seems clear that the fall was caused by a loose or broken handhold, and not by a slip; a piece of rock still clutched in his hand after the accident would appear to support this theory. It was further substantiated by a party above the route at the time who stated hey heard a loud crack as though a hold had snapped.'

This Friday- acclaimed climbing historical biographer, Ken Smith's in depth study of pioneering north country climber Claude Frankland. A late developing climbing schoolmaster who between the wars established many of the regions hardest technical climbs. Routes which still today, provide modern climbers with challenging and exciting outings on the crags of Yorkshire and Cumbria.
Posted by Footless Crow at 08:56