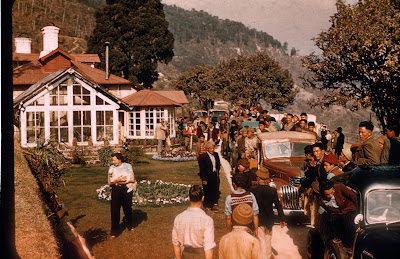 Over the years, in expedition accounts from the 1940s and 50s, I’ve come across frequent references to the Rungneet tea plantation in Darjeeling and the couple who owned it, Jack and Jill Henderson. They hosted several major expedition in the early 1950s and Jill Henderson played a small but intriguing role in Himalayan history. I have never seen any photographs of her until I found this transparency in the late Tony Streather’s collection a few months ago. It’s an image taken at Rungneet on the day that Tony and the other members of Charles Evans’s expedition set off for Kangchenjunga in 1955. Foreground right there are cars and lorries loaded with porters and Sherpas, foreground left in the light blue twin-set there’s Jill Henderson. Her husband may be the man in the background in the linen jacket but I’m not quite sure?

Jill Henderson was the Honorary Secretary of the Himalayan Club between 1951- 1955, and in this role she organised the Sherpa teams for several expeditions. The club had been set up in 1928 as a kind of Indian version of the Alpine Club.  Initially it arranged talks and events and maintained a library and a journal but as Himalayan climbing developed, the club took on another role, helping to organise Sherpas and porters. Its officers liaised with foreign and local expeditions, agreed rates of pay and organised logbooks for Sherpas to record their expeditions and their achievements.

It is unclear why she got involved in the Himalayan club but Jill Henderson, née Enid Newman, was born in Essex in 1905; her husband Jack was born in China, nine years earlier. When they married, Enid became known as Jill. By the late forties they were well established at the Rungneet plantation. After  the first expeditions to Kangchenjunga and the Tibetan side of Everest, Darjeeling had become the jumping off point for Himalayan expeditions and it remained so for anyone heading for the Eastern Himalayas. In 1949 the Hendersons hosted Frank Smythe on his final trip to India which ended in his death from suspected cerebral malaria. They looked after John Kempe’s Kangchenjunga reconnaissance team in 1954, and in the following year hosted Evans’ team at the beginning and end of the expedition. While they were on the hill, the Hendersons organised their mail and sent them bottles of Veuve Cliquot to celebrate their success. At the end they came out to greet them with crates of beer and sandwiches and organised a party with the French Makalu team.

It wasn't just a question of being a generous host. Jill Henderson also played a small but crucial part in the 1953 Everest expedition, persuading Tenzing Norgay that he should join the British team. In the spring of 1952, he had taken part in the first of two Swiss expeditions to Everest and had formed a very strong bond with the Swiss team and Raymond Lambert in particular. When in early September, Jill invited him to join the British 1953 team, initially under Eric Shipton’s leadership, he told her that he was unlikely to say yes because “he feels that he will have had enough of Everest for a time”. 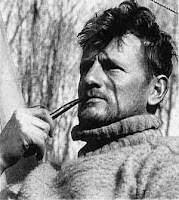 Later that autumn Tenzing took part in a second Swiss Everest expedition. It was unsuccessful and Tenzing returned to Darjeeling exhausted and ill and 16 lbs lighter. He had however enjoyed himself tremendously and told friends that he enjoyed working with the Swiss more than the British and hoped to return with them in 1955 for a third crack at Everest. When Jill Henderson approached him for a second time in January 1953, he repeated his reservations and his wife Ang Lhamu added that she did not want him to go anywhere before he had fully recovered. As Jill Henderson wrote to John Hunt:

He is looking extremely pulled down at the moment. He is ready to go as far as Camp 3, this means that he will arrange porterage, logs for bridging etc but not to climb

Eventually, after plying him with sweet words, milk and Ovaltine for several weeks, Tenzing was persuaded to sign up and to help recruit a strong party of Sherpas, but only as he insisted if he could also be made a full member of the climbing team. The rest as they say is history.
When on May 29th he and Ed Hillary reached the summit, Tenzing was wearing a jumper given to him by Jill Henderson. On his triumphant return to Darjeeling, he in turn presented her with a Lhasa Apso, probably the dog in the picture, which she later entered into Crufts.
By the mid-fifties, the Himalayan climbing scene was changing as the centre of gravity moved from Darjeeling to Kathmandu. All or almost all of the high altitude Sherpas in the photo above were recruited by Dawa Tenzing in the the Solu Khumbu, though the general porters did come from Darjeeling and its vicinity.  More and more expeditions started off from Nepal rather than India and Darjeeling’s climbing Sherpa community gradually contracted. The Himalayan Mountaineering Institute, where Tenzing once taught, remains magnet for Indian climbers and there is still a small Sherpa community at Tungsung Basti on the edge of Darjeeling, but today most of the Sherpa owned trekking and climbing business are based in Kathmandu. 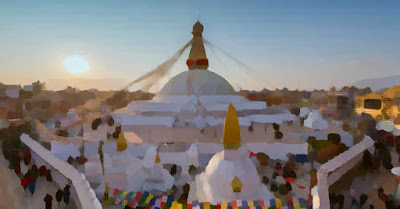 Jill Henderson left India in 1958 for Africa and later America. She died in Stanger in South Africa in 1991 and is buried there.  In 2002 Rungneet was renamed ‘The Kanchaan View Tea Estate’ and taken over by a much larger company. As for the Himalayan Club, it remains a vibrant hub for mountain culture but its focus is now on publishing the Himalayan Journal and hosting events, not on recruiting Sherpas.

Details of Mick's latest book, 'The Last Great Mountain' can be found on his website Mick Conefrey 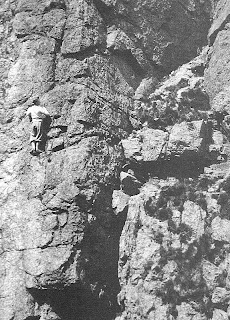