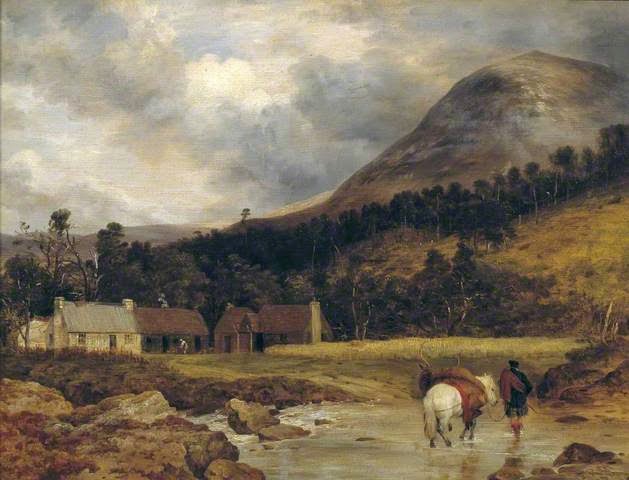 The Atholl Expedition is Alex Roddie’s follow up to his well received ‘The Only Genuine Jones’ although a short novella-Crowley’s Revenge- preceded this latest work.

This was something of a rare excursion for me in the field of mountain based literature in that I don’t tend to read that much fiction these days. Certainly not works set in the first part of the 19th century. However, I was aware that Alex is someone who had immersed himself in the culture and social history of the period, and furthermore, as  the original ‘Glencoe Mountaineer’, he had a deep passion and appreciation of all aspects of Scottish mountaineering. The signs and feedback were overwhelmingly positive, so with great expectations I sallied forth into the Cairngorms with Alex as my guide.

The Atholl Expedition is essentially centred around the passions which drive men to undertake challenges and adventures which are physically and emotionally charged with risk and an uncertain outcome. The book is concentrated around two contrasting variations of that theme. The first, to stalk and kill  the great stag, ‘Damh-mor’. A  living Monarch of the Glen; a creature of flesh and myth pursued by the Prince Consort Albert and his retinue. A quest that will take them far beyond the confines of the Atholl estate, and into the vastness of the wild Cairngorm mountain range where winter storms, hunger and physical exhaustion await. The second quest sees Professor Forbes- a real life Victorian glacierologist- gambling his fragile health on the discovery of a mysterious lost glacier which had somehow remained undetected in a remote corrie high up amongst the endless folds and depressions within the vast Cairngorm range.

With remarkable prescience, just as the book was being released, the news pages in the UK were detailing scientific reports that glaciers may have existed in the Cairngorms up untilthe 18th century. I’m sure the author couldn’t have wished for a more serendipitous turn of events to compliment the novel’s launch!

Without detailing every twist and turn of the tale, suffice it to say that the author has done his homework  surrounding his characters’ lives and the world they inhabit. Bringing  to life the appalling inequalities within the Scottish social system at the time. A period where the Highland clearances still cast a long shadow and landowners like the vile Duke of Atholl still had the power of life and death over his minions. Casting entire families into the dark maw of poverty, forced emigration and starvation on a whim of displeasure or profit driven estate management. To this end, Alex has created the McAdie’s. The elder, Alec McAdie being a forester and stalker who is charged by the Duke with delivering ‘Dahm-mor’ to the Prince at all costs; young Duncan, the ambitious son who sees his future far from the feudal estate,and Gail McAdie; the quiet but indestructible mother who holds the family together.

I was impressed with imaginative way the author brought together quite a sizable cast list which also included a treacherous German ‘Jaeger’, a maverick student and a respected academic, and worked each character into the story in a way that each became an indispensable and coherent part of the greater work. Often a book carrying a lot of characters can become a confusing  puzzle as the reader keeps reappraising just who is who? The descriptive passages as each party make their way through the mountains in the teeth of a storm, are, as you would expect from someone with Alex’s mountaineering pedigree, always vividly drawn and with the power to engage the senses.

Altogether, a compelling and imaginative work. The Atholl Expedition is the first book in the ‘Alpine Dawn’ series of novels promised by the author and is available as a paperback or digital download from Amazon.
JA 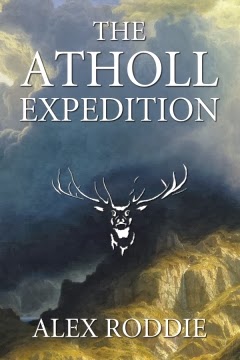