Spirit of the Age: Royal Robbins. 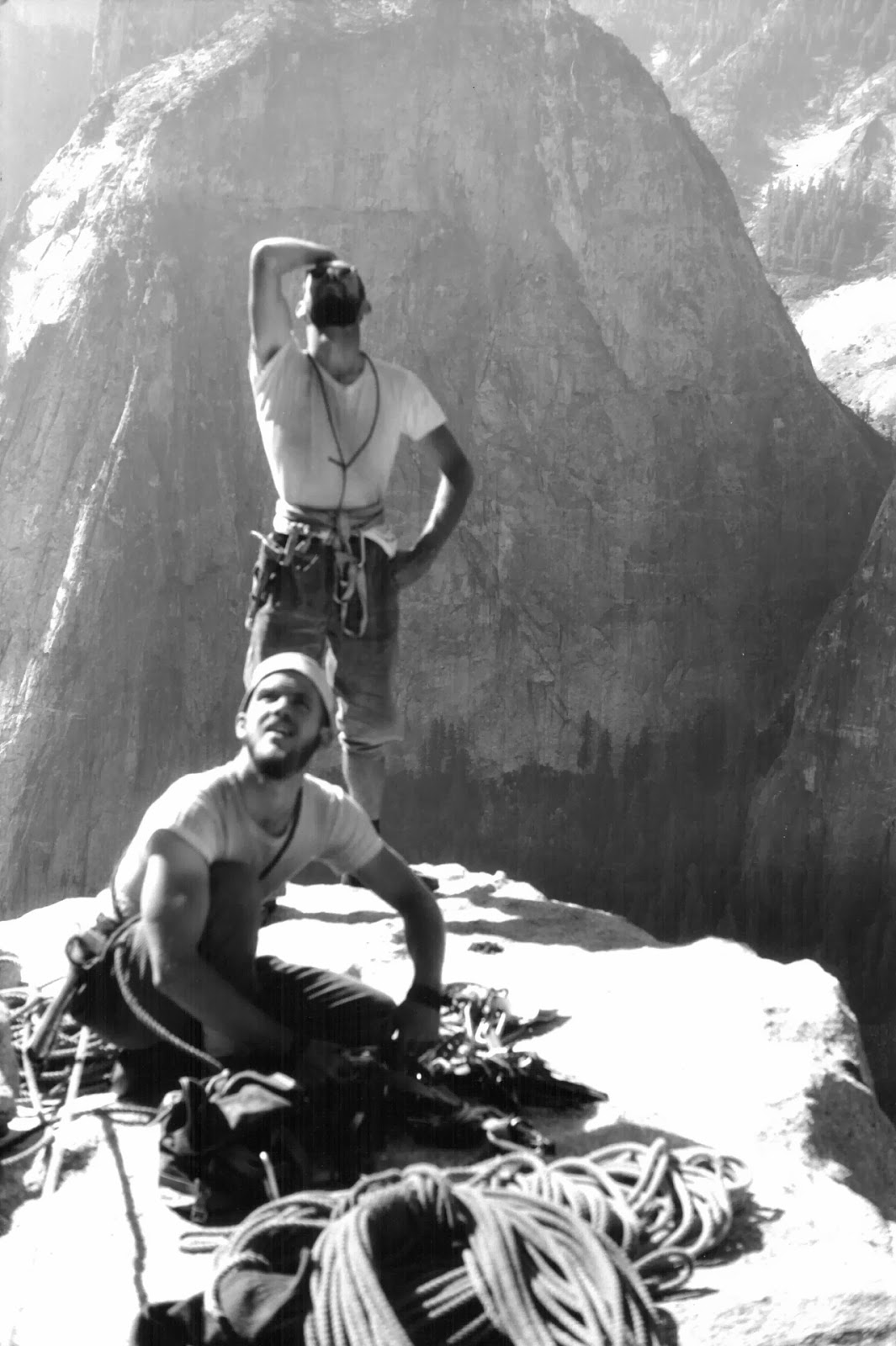 Once upon a time a new generation of climbers saw that it had stumbled into Paradise. On every side there were boulders, crags, spires, domes and walls, mostly untouched. There was even the World's best cliff, a solid square mile of rock, and closer to the road than Dinas Cromlech. The sun hardly ever stopped shining. This was in California in the '50s.

The story of those explorers is well-known. Amongst them the most driven and ambitious, which is what counts in rock-climbing, were Royal Robbins and Warren Harding. Robbins succeeded on Half Dome and the SaIathe Wall.
Harding got The Nose and the Leaning Tower. Robbins was the more competi­tive of the two and went to considerable lengths to show Harding and everybody else just how Harding's climbs should have been done. But the two seem inseparable, really, and if Harding hadn't existed Robbins would have had to invent him. Eventually Harding produced his own zany memoir, Downward Bound. Now here is Robbins's story, as told by Pat Ament.
I'm forced to guess that Ament has great charisma, or is especially lovable or something. He's not so good a writer as Robbins himself, or as the boulder problemist, John Gill, each notable for lucidity, polish, intelligence, even wit. Yet both had chosen to put their lives in Ament's hands. Of course, a younger disciple will say nicer things about you than you could, with propriety, say about yourself.

I've never opened a climbing biography with greater interest. Ament feels privileged to have known and climbed with Robbins, and who wouldn't and he conceded that his approach is reverential. Ament is a wild, loose writer, often carried away by his extreme enthusiasm so that the language is sometimes inflated. The reader may judge for himself. In discussing Robbins and his influence upon others he uses such terms and phrases as: purity of ideal; spiritual progress; maximum personal growth; incisive mind; ideologi­cally brilliant; the power of his percep­tions; intelligence polished to the texture of granite; and so on. These words are immoderate and inappropriate to the sphere of play. Occasionally his logic, too, gets itself into fixes.
The descriptions of climbs are often surprisingly uninformative and flat. The account of the historically important second ascent of The Nose names only two features in the course of the seven day expedition. An outsider, I notice occasional mistakes of fact and presum­ably insiders will notice many more. I get the impression that the viewpoint is decidedly partisan and major figures outside the Robbins's circle tend to be dismissed or patronised. Ament remarks that Harding 'had almost always kept his resentment disguised'. That's ungracious and it's hard to see how it might be substantiated. From his own writings and from a single casual encounter, I can't imagine Harding as the type to weary himself with the burden of resentment. However, I write at a distance of 10,000 miles. 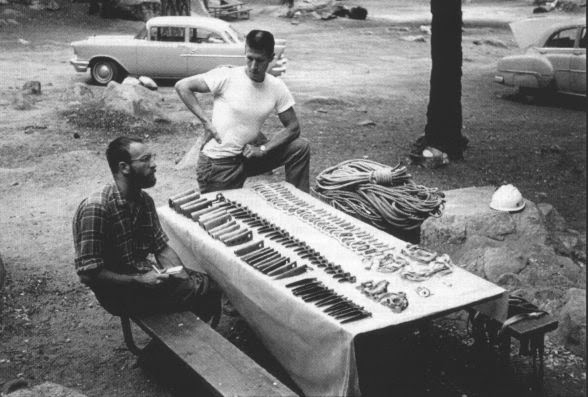 I can see the difficulties Ament faced. Robbins has a lot of climbs under his swami belt and brevity or selectivity becomes necessary. (Indeed he made interesting ascents not even named; for instance, the north arete of El Bisbe at Montserrat in Spain, accomplished, surprisingly, before any British party had climbed on the mountain). And it appears to me that he's a much more complex character than any of his great contempo­raries. He's so tightly buttoned that one suspects the presence of stress behind the cool facade.

Despite these complaints I found the book fascinating. It would be nice to see an objective history of Californian climbing written by someone unin­volved, but in the meantime all rock-climbers should read this biography. Who'd have guessed that Robbins had had such an unsettling childhood? Or that at the age of 27 he'd still be obliged to hitch-hike across America en route for Europe? Or that, quite recently, the guru of American climbing would have difficulty in getting an anti-bolt article published in American climbing maga­zines?

The text is greatly fortified by over 200 photographs, all in black and white, and stronger for that. They include some professional studies of the big walls but mostly they're revealing casual shots of climbing and people. The captions are occasionally dismaying and it will be observed that in one or two of the portraits the hero's patience is danger­ously close to snapping. However, for me, this collection brought the era to life to a degree unattainable by colour glossies.

Robbins and Harding ran into serious problems. They were too successful too young. They kept soldiering on and they produced countless magnificent climbs but none of these could have the same impact as the first great experimental pushes into the unknown. Twelve years after his first route on Half Dome, Robbins went back for an eight-day effort there, and 12 years after his first route on El Cap, Harding returned for a 27 day epic. Despite all the intervening arguments on bolting, each used more material than on his original climb. Soon, though still children really, they'd done so much climbing that they began to feel very old. And the new experts arriving looked younger every year.
So where have all the soldiers gone? Well, mostly they found themselves raising families, starting businesses and searching for new interests.
Robbins turned his energies into the first descents of rocky rivers and he joined the Modesto Rotary Club. Tom Frost became a devout Mormon, Layton Kor a Jehovah's Witness. And one afternoon in 1983, sitting in his kayak on the Middle Fork of the Salmon River, Robbins himself felt somewhere behind his right shoulder 'the unmistakable presence of God'. Everybody seems to be living happily ever after. 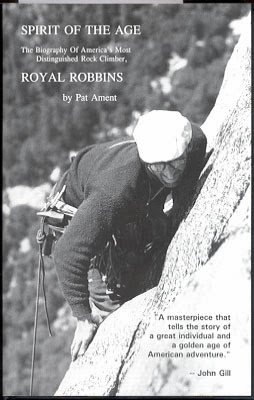