Darkness at the edge of town 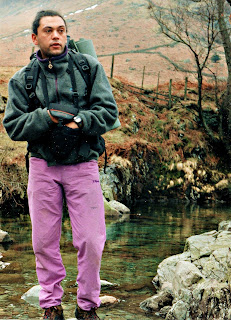 It was one of those Facebook links which friends post when they have read a story which has fired up their righteous indignation. This was a link to a story in The Voice; a long established journal produced in the UK for the black community which detailed an appalling tale of racist abuse and intimidation of a Liverpool born outdoor pursuits instructor in Cornwall.

In 2007, Samuel Farmer had established an outdoor activities charity project in SW Cornwall . The Hope project was aimed at offering youngsters from the inner cities the opportunity to experience the great outdoors through activities like Rock Climbing, Horse Riding and kayaking from a camping base at St Agnes near Truro.

The unfolding tale had revealed the projects founder as something of an inspirational figure. Here was someone who as one of fifteen children brought up in the deprived inner city community of Liverpool 8, (Toxteth), had broken free of the limited opportunities which exist for black or indeed most young people in a northern city of high unemployment, and through a self funded outdoor pursuits course had gained the necessary qualifications and experience to enter a world and follow a career path which is overwhelming a part of white culture. Indeed, it is still extremely rare to come across anyone from a non white ethnic background engaged in traditional outdoor activities in the UK in either a professional or recreational way.

Five years ago,Samuel and his partner Carla had purchased a small parcel of land with a semi derelict dwelling at St Agnes 10 miles from Cornwall's 'capital'...Truro. Despite welcoming over 300 children to the project, some members of the local community appeared less than enamoured or charitably inclined towards Samuel's mission. Over the proceeding years Samuel and his family began to suffer the harrowing torment of racially motivated abuse and intimidation. In an interview with the regions' Western Mail, Sam explained how " his life has been endangered by "racist" attackers who have shouted abuse,thrown rocks at him and his young daughter and spat on the family'. He also described how racists were also responsible an earlier arson attack on the project, as well as a brutal attack on a horse, which lost an eye as a result.

The culmination of this campaign of racist terror came in January this year when an outbuilding housing £70k worth of outdoor equipment and his partner's art work was destroyed in an arson attack. 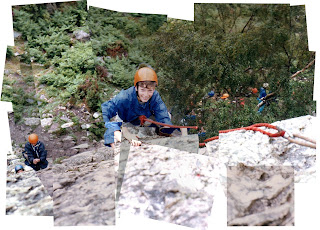 The Hope Project in action

My own interest in this story-apart from it stirring powerful feelings of revulsion and anger at those who would perpetrate such a heinous act-was reinforced by a common background with the victim. By Toxteth standards,as a white working class kid, I had been brought up in the relatively bucolic environs of Sefton Park less than half a mile away. Like Sam I had become engaged in outdoor pursuits against the grain as it were, and also had become involved in organising outdoor activities for socially disadvantaged children through a non profit making charitable institution. Naturally there was a cultural and idealistic empathy which underpinned a desire to offer my unstinting support and hopefully, make a positive contribution, no matter how small.

There was no question that this story had to be communicated to the wider outdoor community and through the To Hatch a Crow site, Sam's interview with The Voice was republished verbatim. Thankfully the story was picked up on the UK's largest climbing forum, UKClimbing and  subsequently has provoked a huge outpouring of real anger and revulsion at what Samuel and his family had suffered, but perhaps more importantly, a groundswell of positive good will and genuine concern. Within days the viewing figures ratcheted up as more as more people came to the story. Climbers from all over the UK were pretty soon suggesting ways of making a contribution. Either through donating equipment and clothing; started a financial appeal or just offering to turn up at Sam's site and give him their labour, to help rebuild what had been so senselessly destroyed.

As things stand,no one has yet been arrested or charged for any racially motivated offence against Samuel Farmer and his family.  According the Samuel this evening,the police are about to declare the case closed! From my admittedly somewhat subjective perspective,I have to ask, if Sam had been a nice middle class white lad from Totnes would the police have taken the offence more seriously ? Apart from police inaction Samuel has also had to suffer a somewhat snidy and less than supportive editorial in one of the local newspapers and furthermore, I have learned today that his plans to re-build his outdoor equipment store has been subject to a planning query which suggests that the local authority planning department may not be inclined to let The Hope Project plans proceed in their current form.

At this stage Samuel might be inclined to shrug his shoulders and say 'Bro...if it wasn't for bad luck I wouldn't have no luck at all' !   However...that's not what Sam's about. It's clear that despite initially being overwhelmed and depressed by events to the extent that he had considered giving in to the racist bullies and moving on. Given the huge amount of love and support he and his family have received from the public and particularly the climbing community, in his words 'I aint going nowhere Bro!' 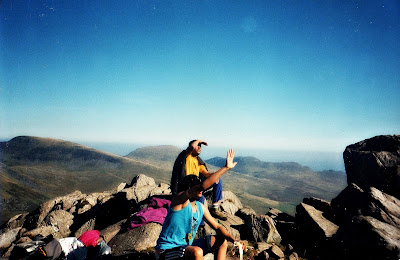