Why we never went climbing ! 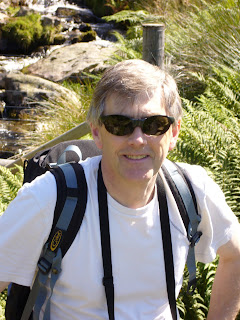 It was Andy’s idea to go for a pint first; I was all set up to leave after work. “Just a quickie while we decide if it’s Wales or the Peak. What do ya think? “Yeah I’m up for that youth; Good idea youth, get them in then”.


The Newington began to buzz as familiar faces turned up, Brian and Pete joined us at the table and another round was soon being ordered.


“You two heading for then, Wales?”

“Maybe the Peak . Weather doesn’t sound too good in Wales what about you guys? “Na, been out bouldering a few nights this week, I’m knackered.”


Six ‘o’clock came and went. More beers came and went; by eight o’ clock getting out of the pub was looking unlikely. By closing time we were definitely not going far.


“Stuff it youth let’s get some chips we’ll doss in the car and drive to Helsby in the morning eh?


We sat on the steps of the old bombed out church, filling our faces.


“Got your “Cabin” card with you?”Andy pipes up

“Oh ay youth never go without it, just in case of emergency like, you know. Got two free tickets to the circus as well”

“Some guy asked me to put up a poster in the shop. Gave me two tickets.”


Now Cabin cards were as rare as hen’s teeth. They were a magical pass that gained you access to the legendary Cabin Club at the top of Liverpool’s Bold St. It was the place to go for a fun filled evening: if you ended up in your own bed after a night at the Cabin you had failed in your mission. The night was going to get a lot longer, I thought, as we queued at the entrance with the nighthawks of Liverpool. Inside, the music was reaching a crescendo as we headed for the bar and more beer.


We spotted them in the corner, through the haze of smoke; she looked really nice; Andy’s wasn’t bad either

“Come on youth; let’s ask them for a dance.” We plucked up the courage and as usual the line went:“Are ya dancing?” “Yeh.. ya askin?”  "Am Asking",

“All right then as long as me mate dances with your mate.”

Eventually the question is asked,


Most of our crew were either students or worked in mundane jobs. I worked in a shop and Andy was a paint tank cleaner. Not the most glamorous of career prospects and offering few exciting chat-up lines, but all was not lost: at this point you would invent a dream job to impress the young lady.

“Oh, I deliver Ferraris around the country that’s why you haven’t seen me here before” or “I’m just over calibrating Jodrell Bank’s telescope ,an asteroid had knocked it off kilter, top secret though- say nowt.”

“Hey Lizzie, ee werks at Jodrell Bank” she hollers to her mate


This time though the jobs were going to be a bit different,

“Where do ya werk then?”

After a long night we staggered out in the small hours and found the car, where we got into our bivvy gear, wound down the seats, and went to sleep. In the morning we awoke to monster hangovers, too knackered to even think of going to Helsby. Instead we went home to steaming mugs of tea and bacon sandwiches.

And that’s why we never went climbing.


*This tale is set in the heady days of the early 70’s and is probably not very politically correct  at the present time , for that I can only apologise. As Jim Royle would say” Pass us another beer will ya Barb”.